I want information about an ID scanner for bars and nightclubs.

I want information about ID scanning for bars and nightclubs in my casino.

I work for a municipality and want to learn how ID scanning can make nightlife safer in my city.

It’s important to understand that fake IDs range from low quality novelty IDs to highly sophisticated counterfeit duplicate IDs. A good fake ID scanner will spot most low quality fake IDs, but may have difficult detecting highly sophisticated fake IDs. The good news is that a good fake ID scanner, like PatronScan, will provide door staff with challenge questions they can use if they suspect that an ID might be a sophisticated fake, even if it passed the scan. Challenge questions allow door staff to challenge the patron presenting the ID with questions like the zodiac sign, area code, and state motto relating to the ID presented.

There are several tactics that underage patrons use to sneak into nightclubs and consume alcohol illegally. The most popular tactic is to acquire a fake ID. Fake IDs can be purchased online. There are two types of fake IDs, novelty IDs, which are created and sold legally in North America, and high quality fake IDs that are created overseas and sold illegally online. To catch these fake IDs, you need a high quality fake ID scanner, such as PatronScan. Read the section below about fake ID scanners to learn how PatronScan can give you the best security advantage against fake IDs. 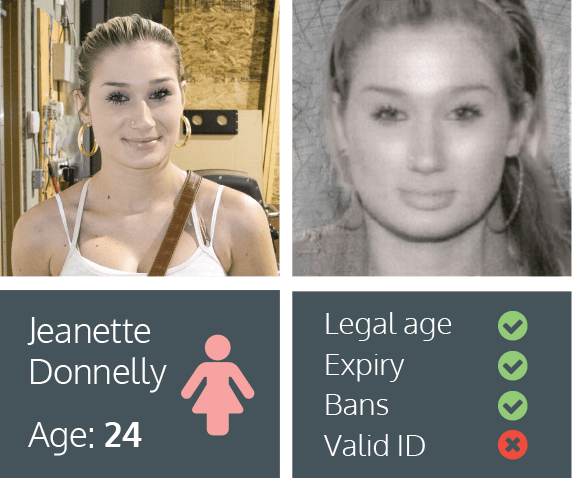 Another tactic used by underage patrons is ID passing. This involves the use of one ID to pass more than one person through security. Often, an older sibling or friend will pass through security first, using their own ID, which is legitimate and shows them to be of age. This person will then attempt to pass their ID to an underage person, through a patio, fire door, smoking section, or some other way. The underage patron will then go through the lineup and present this ID to attempt to enter the licensed venue. Read the section below about ID passing to learn how PatronScan fake ID scanners will catch people who pass IDs.

ID sharing is another common tactic used to sneak minors into licensed venues. An adult of legal age will either obtain a duplicate ID by claiming they lost their primary one, or share a secondary ID, such as a passport, with an underage person, so that they can use the ID to pass through security. Read the section below on ID passing to learn how the PatronScan fake ID scanner can catch people who share IDs.

Using a fake ID scanner to catch fake IDs is a good strategy, so long as the technology is up to the task. There are three ways to scan various types of ID, which have varying degrees of success at detecting whether or not the ID is a fake.

Many driver’s licenses in North America have a barcode that can be scanned easily. The barcode will contain the information that is displayed on the front. Using a barcode scanner to determine whether an ID is a fake or not will be easily fooled by a modest fake ID. It is quite easy to produce a barcode that contains the information that is displayed on the front of a fake ID. Good quality fake IDs will have an encoded barcode, and if scanned with a fake ID scanner, they will show the information to be accurate and give a false validation of the ID, allowing the underage patron to enter the venue.

Most fake ID scanners use a barcode scanner as the primary method of detection. These will only catch the worst quality fake IDs, and allow minors to enter who have purchased a good quality fake ID. 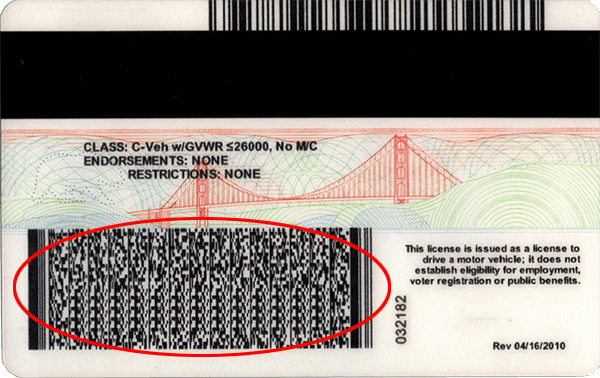 Many fake ID scanners use a magnetic strip reader as the primary method of detection. These will only catch the worst quality fake IDs, and allow minors to enter who have purchased a good quality fake ID.

Every form of government issued ID have readable characters on the face of the ID. Optical scanners will scan the front of the ID, and use Optical Character Recognition (OCR) to read each of the fields of the ID. This is the most powerful form of fake ID detection, as it is very difficult to make an exact copy of a legitimate government issued ID, and fairly easy to identify a fake ID, even if it is a high quality fake.

Using a fake ID scanner that uses optical scanning and OCR technology is your best defense against fake IDs. An additional advantage is that it can scan a much larger variety of ID types, such as passports, and foreign driver’s licenses that may not have a barcode or magnetic strip.

ID passing is used by underage patrons to pass security into a licensed venue. An adult will enter using a valid ID, and then pass the ID back to an underage patron through a patio, fire door, smoking section, or a third person. The underage person will then attempt to enter the venue using the valid ID. This is an effective tactic if the underage person looks similar to the older individual.

Using a PatronScan Fake ID Scanner will stop this from happening at your venue. Our Double Scan alert will pop up if an ID is used more than once to enter the venue. The door staff will be shown an image of the person that entered the first time using that ID, right next to a live image of the person who is trying to enter again. If it is the same person, then let them in, but if the person is different, then they are trying to enter your venue with an ID from another person. 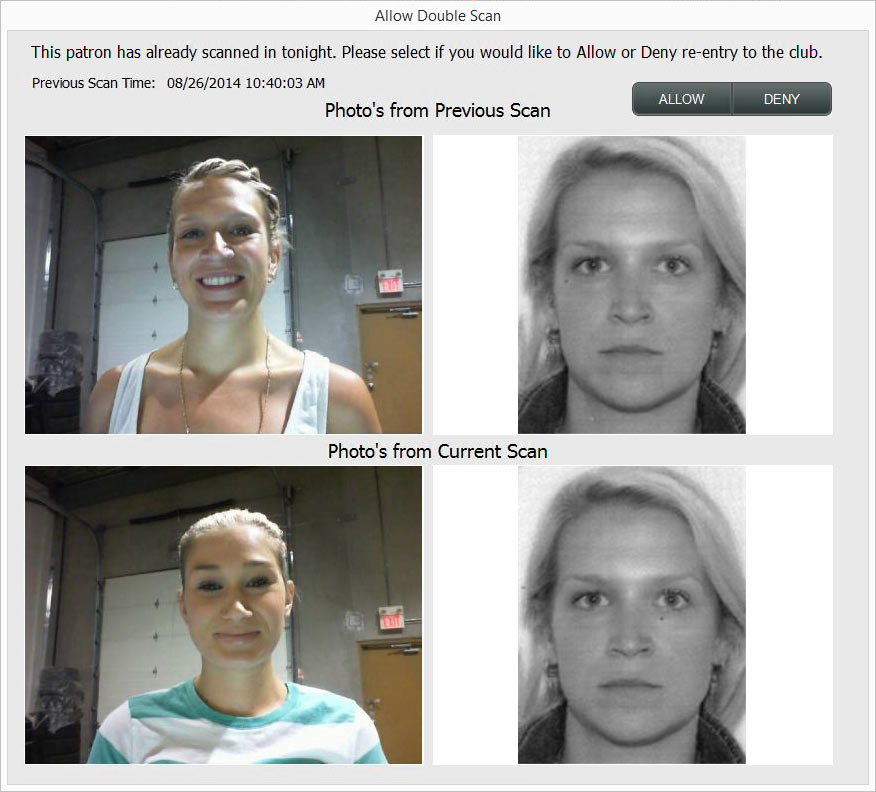 ID sharing is used by underage patrons to pass security into a licensed venue. An adult will share a secondary piece of identification, such as a passport, with an underage person, and they will try to enter the same venue, but a small time apart.

A PatronScan Fake ID Scanner will cross match the identity of the person whose ID is being shared. A cross matched ID alert will notify the door staff, and display the image of the person who entered the first time using that name right next to an image of the current person attempting to enter your venue. This notifies you that someone is attempting to enter your venue using an ID that is not their own, you can either deny them entry at the door, or locate them if they have already entered the venue and quickly remove them. 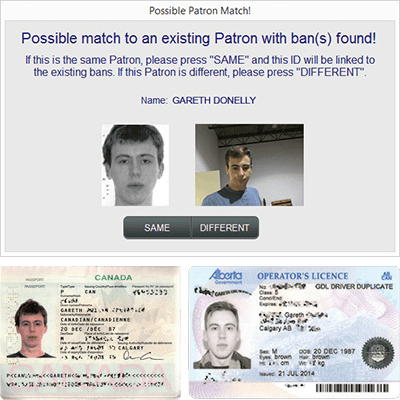